The United Arab Emirates is one thriving country when it comes to economic status. However, they also face third-world problems; clean drinking water.

This is no surprise considering the location of UAE, which is mostly arid land. It also joins the list of countries with scarce water supply, with less than four inches (100 mm) of rainfall per year. The country is at severe risk of droughts over the next 25 years.

To counter this threat, a company came up with an unconventional plan to obtain fresh water for the country’s citizens.

Here is one massive iceberg that drifted to Newfoundland, Canada.

The National Advisor Bureau in Masdar City, Abu-Dhabi proposed to source massive icebergs from Heard Island, 600 miles off the coast of mainland Antarctica. It will then be transported to Fujairah, one of the seven emirates of the UAE.

Towed by a ship, the iceberg would be transferred from Antarctica to UAE.

The company said that only one iceberg could provide one million people with water for the next five years. They plan to start the project at the beginning of 2018.

According to the firm’s director, they have already travelled the route and used simulators to check the feasibility of the proposal. The simulator predicts the travel time could take up to one year.

“We have formulated the technical and financial plan. Towing is the best method. We will start the project in beginning of 2018,” UAE Iceberg project director Abdullah Mohammad Sulaiman Al Shehi told the Gulf News.

An average iceberg contains more than 20 billion gallons of water and will take a long time to melt because eighty percent of the mass is underwater. Meanwhile, the ice above water reflects sunlight and deflects heat.

The iceberg is expected to travel 8,800 km before it reaches its destination. 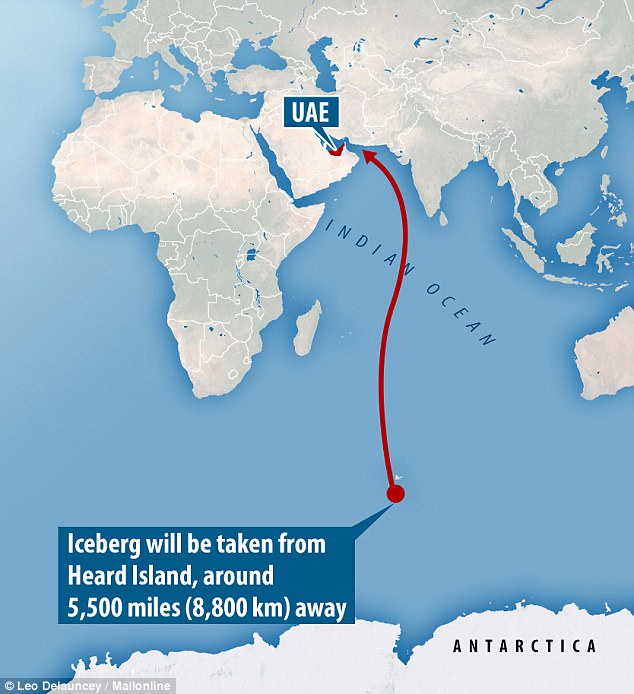 Once the iceberg arrives, it will be brought to a processing facility where workers will mine it for their water supply. The blocks of ice will be chipped off and place in giant tanks before being filtered and processed.

They also claim it may provide a moister micro-climate in the area that could prompt rainfall. It could also boost tourism and provide citizens and visitors alike an additional attraction.

WATCH: Here is the proposed plan to move icebergs from Antarctica to UAE.

It is unclear, though, if the move would have effect in climate on a global scale. Currently, Antarctica is governed internationally through the Antartic Treaty System and should be used only for scientific purposes. 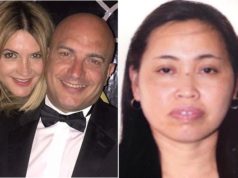