A fisherman from Oman just found a rare “whale vomit” that will turn him millions of Omani riyals richer.

Ambergis is secreted from the intestines of a sperm whale. It is used for making high-end perfumes. It comes from the Arabic word ‘anbar’, and is used by Amouage, an international luxury perfume brand from Oman. Ambergis is highly valued as a fixative by perfumers to make scents last longer. 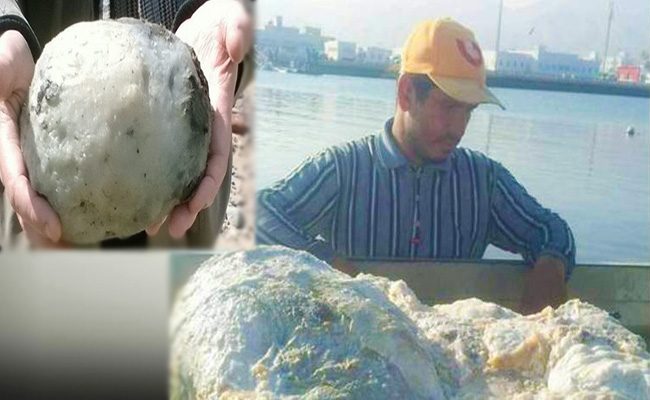 On the shores of Qurayat province last October 30, Khalid Al Sinani found a wax-like soft substance floating. He was on his way home when he smelled something horrible from a distance. He then used a rope to gather the more than 60-kilogram vomit into his boat.

After he finally sells the whale vomit, he told the reporters he would stop being a fisherman and work in the real estate sector instead.

A similar find was discovered by two Omanis way back November 2015 on the Fooshi shores of Saadah province in southern Oman. They were able to sell it for more than 80,000 riyals.