Singing is a very healthy hobby. It releases stress and exercises our respiratory system. However, too much of a good thing can also be bad, if not fatal.

This was a hard lesson learned by a 65-year old Chinese man who was rushed to the hospital after suffering from chest pains and labored breathing. Apparently, the man has collapsed a lung after singing 10 songs consecutively- all with very high notes.

The man, identified only as Wang said in an interview, “I was very excited in the heat of the moment and after singing a few songs with very high notes, I found myself having breathing difficulties,” he said. 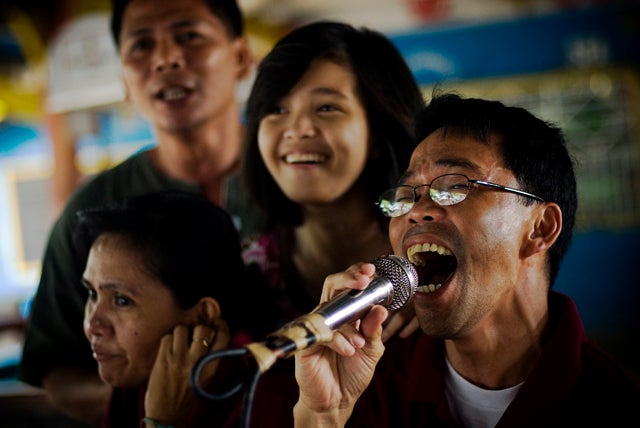 He added the he usually sang his queued songs and were able to hit all the high notes, but at that time, he was feeling out of breath with an accompanied pain on his left lung. He initially ignored the symptoms but it worsened as he arrived home. He was taken to the local hospital the next day, with the doctors informing him that his lung collapsed due to the strain of over-singing.

According to Doctor Peng Bin-Fei from the ER of Nanchang Hospital, this condition was indeed life-threatening.  It is common among males, especially middle-aged men or older. He added that amateur singers should better not sing for over a period of two hours.

How did it happen? According to Mayo Clinic, during a pneumothorax, air that normally fills the lungs is redirected into the area between the lung and chest wall. This causes a growing air pocket pressure on the lung, forcing a partial or complete collapse that would lead to difficulty in breathing.

Lesson learned, instead of hogging the microphone during a karaoke session with you and your buddies, give some time to pass the microphone and have a little rest before belting out again!