Japan has once again amazed the world after it has reopened a road section just a few days after a massive sinkhole appeared from nowhere.

On November 8, 2016, a gigantic sinkhole swallowed a huge section of road near underground work up to a subway tunnel in the city of Fukuoka. Due to this incident, nearby residents were evacuated and five major roads were closed. 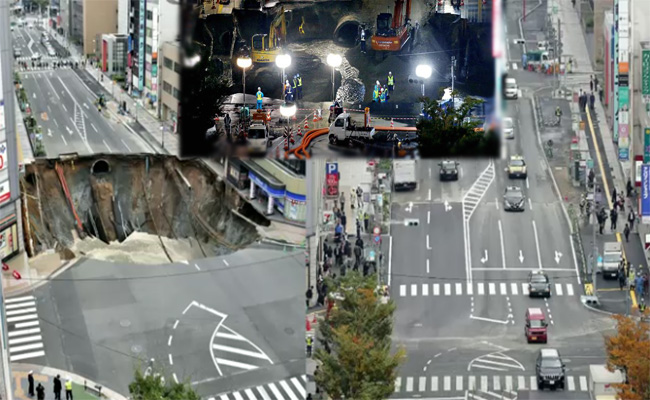 Japanese workers labored around the clock and filled in the section of road in just two days. They filled the hole with 6,200 cubic meters of sand and cement.

Furthermore, the ground was 30 times stronger than before, according to Fukuoka Mayor Soichiro Takashima.

The 30-meter sinkhole was already filled within 48 hours, but inspections for health and safety slightly delayed the reopening.

Netizens were surprised by the impressive speed of the reconstruction and response. Japan is no stranger to devastating natural disasters like earthquakes and tsunamis.

A few years ago, in what was dubbed as March 2011 triple disaster, a team of workers took just six days to repair gaping cracks along a stretch of road north of Tokyo which boosted the attempts by emergency aid workers trying to reach thousands of survivors.