Doctors advised their patients to consult a specialist if they are experiencing irregular menstrual cycle along with intolerable cramps as it may be a sign of an illness that can cause infertility or the inability to produce a child among women.

According to the doctors, irregular period may be a sign of Endometriosis, a disease in which the kind of tissue that’s supposed to grow inside the uterus grows outside of it. Because of this disease, pregnant women suffering from it will need to be closely monitored by their healthcare team to avoid further complications or miscarriage. Endometriosis stops majority of the blood from coming out during menstruation causing the blood to cumulate inside the body.  Irregular menstruation can also be a symptom of Polycystic ovary syndrome (PCOS), a condition that affects women’s hormone levels making it harder for them to get pregnant or it can cause infertility. 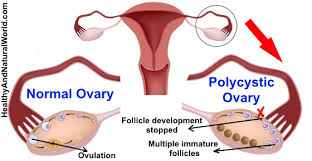 This disease will cause swelling during menstruation that can lead to the formation of cyst in the ovary.

More and more women are consulting obstetrician-gynecologist today for their inability to produce a child. The mass, if a cyst is formed, it may stay in the ovary until the woman aged and the risk of cancer is higher.

As stated by the World Health Organization (WHO), 11 percent among women worldwide at the age of 15-44 years old suffers from endometriosis.

One symptoms of this disease is pain during menstruation.

There is no cure for endometriosis, so women needs to seek immediate medical attention if they are constantly experiencing pain and cramps during their menstruation.

Another problem among women is PCOS that is often ignored by majority of women. 27 percent of women at the reproductive age are experiencing PCOS.

According to the doctors, it is not easy to identify if the illness is indeed PCOS as it displays different symptoms in every woman, like having an irregular menstrual cycle, having acne, and growth of hair in places that’s normal for men – like mustache.

So it is advisable to seek professional help if you are experiencing the primary symptoms such as irregular menstruation, cramps and pains before it leads to PCOS. 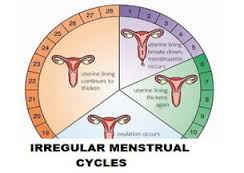 There are many different reasons as to why women develop PCOS and Endometriosis. You can prevent these diseases with right diet and healthy lifestyle.