British-American actress Hayley Atwell who plays Peggy Carter in the 2011 American superhero film Captain America: The First Avenger, Captain America: The Winter Soldier, Avengers: Age of Ultron and Marvel One-Shot: Agent Carter, aborted her flight to Manila, Philippines due to schedule issues contradicting the statement of ComiCon Asia’s organizers that the reason for her cancellation was due to the ‘political unrest in the country’.

Atwell was scheduled to attend the ComiCon Asia event scheduled from March 24 to 25 in Pasay City. ComiCon Asia’s organizers announced that the actress was backing out due to the “political unrest in the country” that drew criticism and disappointments from many Filipino fans and the Malacañang.

Following the criticism, Hayley took to her instagram page to explain the reason of her non-appearance through a handwritten letter in which she captioned “My statement. My own words. Thank you to the people who have corrected my translation. I’m now led to believe I should have said ‘magandang (have a beautiful) weekend [mga] kaibigan (friends)‘ or ‘kita-kits (see you all soon).”

“Dear fans in the Philippines, I’m so sorry to be missing the convention in Manila this weekend. I was looking forward to visiting your beautiful country and meeting you all. Unfortunately, the changes in my work schedule have made it impossible for me to travel so far at this time. You will hear more about these projects soon and I am excited to share them when I can, I hope to see you at future conventions soon,” she wrote.

Presidential Spokesman Harry Roque dismissed Atwell’s initial supposed reason for backing out to visit the Philippines and tongue-lashed her saying “Her loss and who’s she,” sparking online  outburst from many of Hayley’s local fans. 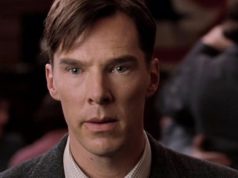