At age three, this young supermodel has started modelling. At a young age of ten, she has already got the opportunity to be a model for Roberto Cavalli, Dolce & Gabbana and Armani.

A million of people follows her Instagram account and with almost 4 million Facebook followers. And now to add up to her achievements, she has been signed with LA models to further pursue her modelling career. 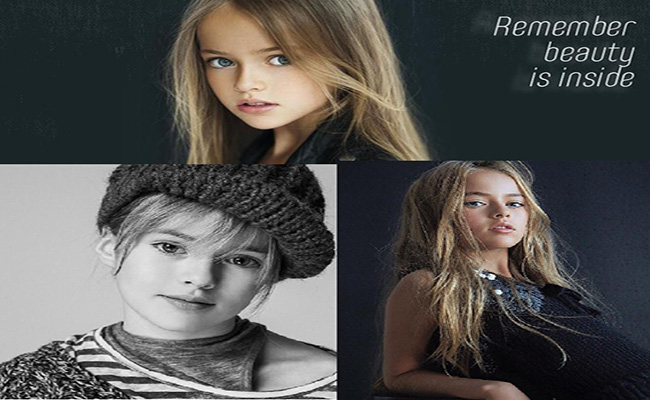 Kristina Pimenova, daughter of Glikeriya Pimenova, a former model, and Rusian Pimenov, a retired football player, is dubbed to be the most beautiful girl in the world. She was a resident of Moscow, Russia, but recently moved to Los Angeles,California due to her new contract.

LA Models Agency owner, Heinz Holba expressed their excitement to work with the young model, stating that such achievement for Kristina’s age in the modelling world is not a small feat.

However, some netizens have expressed concerns over the sexualizing of the child model. Her Instagram and Facebook accounts often get updated with her candid and professional photos. Both are managed by her mother, which defended her actions by stating that people who think of the photos as ‘sexualized’ have sick minds.

This doesn’t stop other internet users from posting inappropriate comments or criticisms against the child model and her mother, which the latter just often deletes.