One of the technologies that boomed in the 20th century has been internet connectivity. Wherever we are, we are only some clicks away from the World Wide Web due to the existence of Wi-Fi networks.

Nowadays, laptops, personal computers, smartphones, digital cameras, and even household appliances can connect to Wi-Fi. There are even countries which aim to make their cities huge Wi-Fi hotspots. 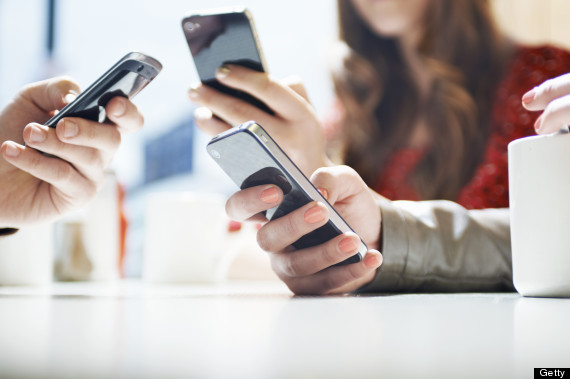 However, the convenience of this technology also poses health risks that many choose to ignore. Surprisingly, there are existing scientific studies that support these claims but were often dismissed because after all, who would want to give up their time away from their smartphones and laptops?

Nonetheless, it pays to be informed of these possible health hazards that may affect us and our children in the long term and ways on how we can minimize or even eliminate the risks.

Contributes to the Development of Insomnia

Ever wondered why you find it hard to fall asleep while browsing on your smart phone late at night? Many claim it is because of their addiction to perhaps, social media or online games on their phone. However, a study has suggested that sleeping near your phone, in a home with WiFi or in an apartment building with many Wi-Fi signals can create chronic sleep problems. Consequently, sleep deprivation leads to the development of depression and hypertension.

According to a 2009 Austrian study, the disruption of protein synthesis during prolonged Wi-Fi exposures is severe in pronounced growing tissues in children and youth. Thus, these age group is more susceptible than average to the negative effects of exposure. In other words, exposure to non-thermal radio frequency radiation like Wi-Fi and cellular phones disrupt normal cellular development in children.

In an experiment to test the effects of prolonged Wi-Fi exposures, 30 healthy volunteers were given a simple memory test. The entire group passed the test without any problems the first time. However, they were later exposed to 2.4 Ghz Wi-Fi from a wireless access point for about 45 minutes. During that part of the experiment, the brain activity was measured and it was found that the women had a noticeable change in brain activity and energy levels.

Affects Fertility in Both Men and Women

It has now been a fact that the heat generated by laptops kills off sperms, but surprisingly research has found that exposure to Wi-Fi frequencies reduces sperm movement and cause DNA fragmentation. Furthermore, results of animal studies suggest that it may also prevent egg implantation.

In 2011, the Karolinska Institue in Sweden released the following warnings:

• “Pregnant women are cautioned to avoid using wireless devices themselves and distance themselves from other users,”
• “Current US [and Canada]…standards for radio frequency and microwave radiation from wireless technology are entirely inadequate,” and
• “Safety standards also ignore the developing fetus…”

Have you ever felt your heart race when surrounded by wireless networks or 3G/LTE smart phones? Apparently, a study involving 69 subjects reported some real physical response to electromagnetic frequencies which was an increased heart rate- similar to the heart rate of an individual under stress.

What You Can Do:

Obviously, it would be very difficult to block exposure. But one thing you can do is to not keep cell phones, laptops and other gadgets close to your body frequently. Better yet, shut them down when not in use. This also applies to your wireless router. When you sleep at night, better turn off the Wi-Fi and experience a positive change in your sleeping habits. Avoid letting children play or use mobile phones for a prolonged period of time.

Technology is such a lucrative business that you could expect some people to deliberately ignore the welfare of most people just to cash in more money. But the greatest weapon against this dilemma is awareness and information. Share this post to your loved ones to make them aware of the possible health consequences and what you can do to prevent them.