Having a clogged toilet, Gracie Henderson from New Caney, near Houston, who had just recently moved into her new house and needed to solve her problem like any usual citizen. However, she didn’t have a plunger that time. Gracie made a bold decision to carry out the task using her bare hands. 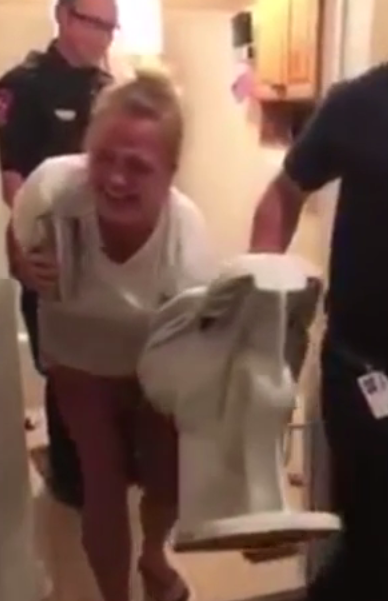 Her problem worsen when she found herself stuck in her toilet. Her watch accidentally got stuck in the toilet basin.

So, Gracie had no choice but to call the firefighters and ask for help. So, she found herself in her bathroom surrounded by firefighters who attended to her needs.

Having a hard time freeing Gracie from the toilet, rescuers had to removed her toilet by smashing it in her back garden – with her still attached to the toilet by the arm. 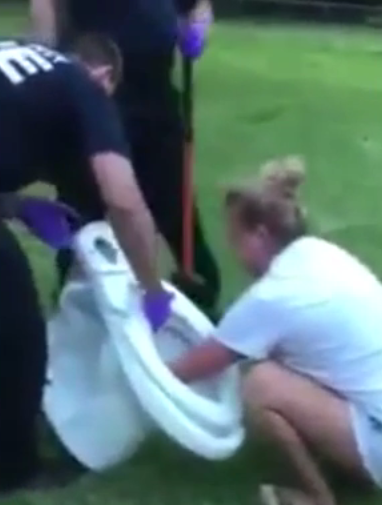 Eventually, they managed to free Gracie from the situation she was in and the shame she was having. They smashed the porcelain bowl, thus freeing her.

However, the audiences to the embarrassing incident, Gracie’s neighbors were treated to quite a show as fire crews worked to rescue and free Gracie. 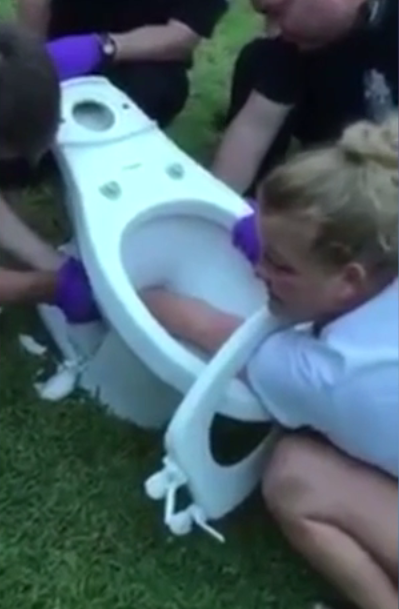 Thankfully, Gracie was not harmed by her ordeal and took the incident lightly and humorous. She even shared the video online, where it has acquire thousands of viewers on the internet.

Watch the video below

Over the years, firefighters receive distress calls in the USA. Most incidents are serious, while some are somehow funny and embarrassing. Others even think that the embarrassment they get from the incidents can be used to entertain people. So, funny incidents like what happened to Gracie Henderson from New Caney are often recorded in videos for entertainment. For other people’s embarrassing moment might enlighten up and become amusing.