Numerous videos have gone viral, usually depicting jeepney drivers in a bad light. They are often stereotyped as rowdy and disrespectful to passengers. Sometimes, it is the other way around when a jeepney driver is being extorted by traffic enforcers. Either way, these typical videos going viral often give bad vibes to the viewers.

Thus, this new video depicting a jeepney driver is guaranteed to give good vibes to anyone watching. 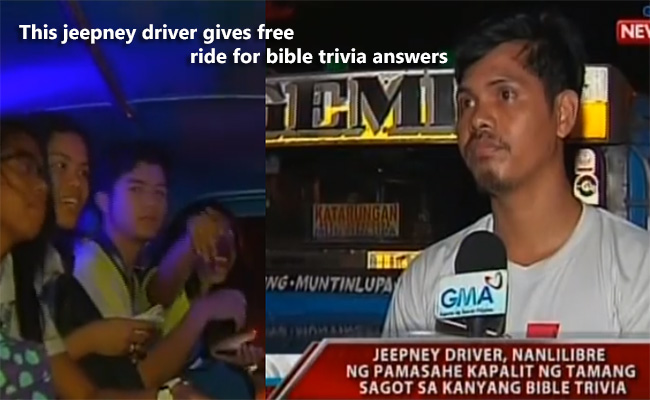 A passenger who has experienced it first hand uploaded the said video on Facebook. It has been shared more than 17,000 times. Djhay Coralde described the said jeepney driver as being active and friendly.

According to Djhay, he was surprised with the energy of the driver. He announced that he would be collecting the passengers’ fares by their seat number. After a while, the driver started asking some questions about the bible. He said he would be returning their fare if they answered his questions correctly, which he did when one passenger gave a correct answers. After asking the questions, he reitarated that compared to the previous generations, today’s youth had been reading the bible less and less. He continued on sharing the word of God to his passengers all through out their journey.