It’s not something that we talked about every day. Some people may find it gross, but the more you know about those colors, the more you will be aware of what’s happening inside your body. 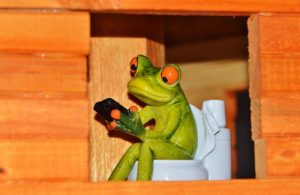 So if your Poop is:

1. Light to Dark Brown
This kind of poop is the medically desired color as it appears normal.

2. Green
The green color may be due to certain foods like green leafy vegetables or green food coloring. This kind of poop is a common poop color change. It probably due to bile pigments in the poops because diarrhea moves the food so quickly through the intestine so the intestinal chemicals and bacteria cannot break down the bile pigment to its normal brown color.

3. Yellow
The yellow poop usually an indication of a medical problem that needs an attention sooner rather than later. It means that the fat is not being absorbed from the poops. 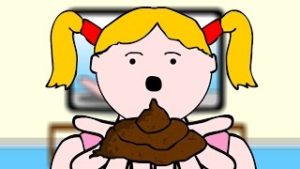 4. Blue
Causes of poops to turn blue is when some forms of edible dye are consumed in large amounts.

5. Black
This kind of poop is a worrisome symptom. If you have a black poop, you might consider yourself going to a doctor as the black poop may be due to a large amount of bleeding into the gastrointestinal tract (GI tract).

6. Red
This kind of poop is usually indicated of bleeding in the lower intestine. Hemorrhoids are usually the cause of this bleeding. 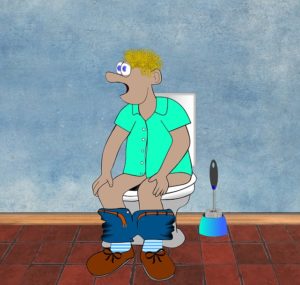 7. White
This kind of poop is a sign of a serious medical problem. Your poop will be white when the liver does not release enough bile salts into the poop in your intestine.

Although you may feel uncomfortable and embarrassed to talk about bowel movements, it is best to contact and to keep in touch with a Doctor if you suspect a problem. It’s better for the Doctor to determine such problem early to keep away from further complications or damage.