Being a parent is one of the most rewarding things in the world; but not really all the time. During the entire parenthood, you would likely experience a lot of face-palm moments and flashback where you wished you had used that contraceptive.

As wicked as the world is, another person’s misery is someone else’s joy. In this case, this father’s miserable ordeal had brought us a lot of chuckles. 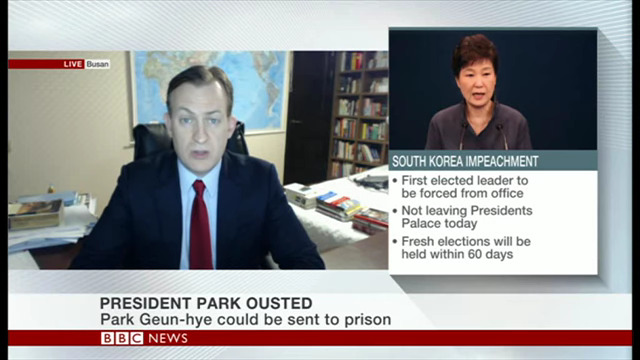 It all started with a very serious interview with political scientist Robert E. Kelly. He was about to share his professional take on the impeachment of South Korea’s ex-President Park Geun-hye. While wearing his business suit and serious face, he began discussing the meaning of democracy in the face of scandals. You know, boring stuffs.

But what Kelly wasn’t expecting was his toddler daughter’s grand entrance in his home office. The adorable little girl was dancing merrily as she barged in uninvited.

The host tried to point it out to the obviously embarrassed dad who still tried to keep a straight face during the interview. He tried to get rid of the little girl, but failed miserably. 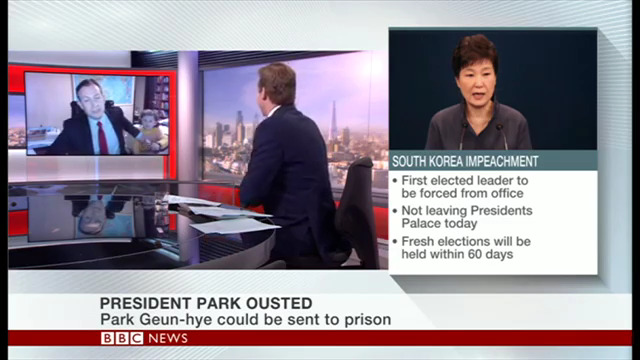 He thought that was the worst, but his even younger child walked in on a stroller. 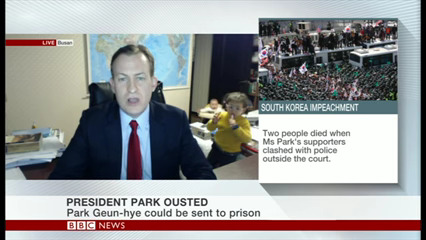 At this point, a woman came dashing in the room, but not without causing more chaos. She grabbed both the kids, exited and closed the door in an equally hilarious manner.

Poor Kelly was obviously flustered and apologized on live TV about the raucous. It was quite hard to get his opinions back in momentum, though.

So we can learn two important things from this story. First, always lock the office door during a very important live TV interview. Second, consider not having kids.

Just kidding, it was actually adorable and funny, as long as you were not Kelly.