It is a well-known fact that cats and dogs do not get along really well. Many animal experts say the reason is the difference between these two species. While cats are naturally independent, dogs are more social creatures. Think of them as people with really distinct personalities.

Since their ancestors, they did not have to interact with each other. But as they become human beings close confidante, they are forced to inhabit one household at times.

Of course, we read and see a lot of pictures proving that cats and dogs can have lasting friendship. They are the ones who break the stereotype. But we can’t say we did not enjoy these pictures that show the stiff competition between two of man’s best friends.

#4 Caught by their owner!

#7 Pretty sure there was a mismatch! 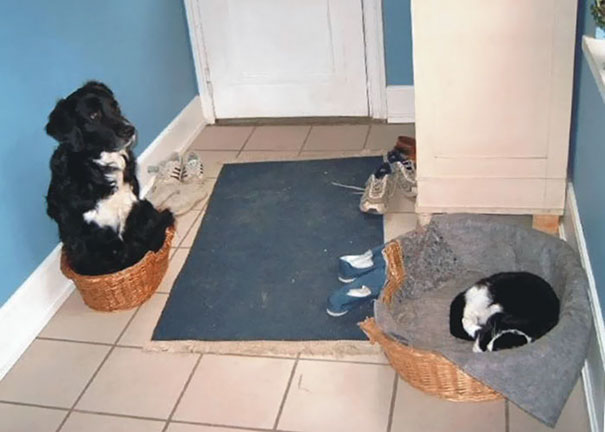 #11 That “You shouldn’t have gotten the cat” look!

#13 Just when you think things won’t get worse.

#14 The cat is taking the dog as hostage.

#15 Someone’s got some explaining to do!

#18 You’re surrounded! Give up the catnip! 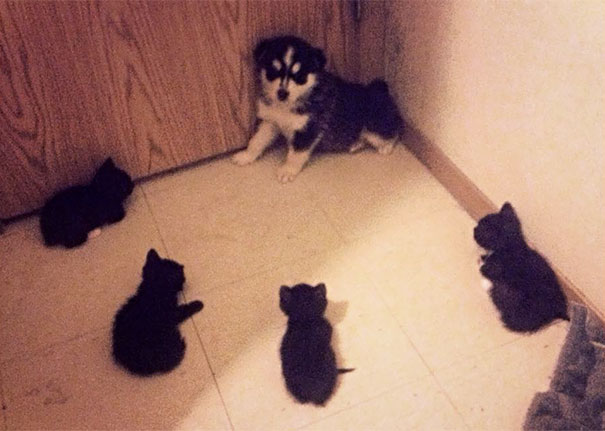 #20 The bandage and sad face say it all.

Well, even so, we can’t help but love these furry creatures. Stop the debate; they are equally adorable.
Just make sure you don’t leave them alone bored, or you will end up like these pet owners.