Tainan, Taiwan has been rocked by a powerful earthquake before dawn Saturday. High-rised buildings have collapsed which injured more than 300 people, and reportedly killing at least seven people including an infant from a newborn and mothers care center. Another young girl and two adult men were also unable to survive the tragic incident.

Rescuers are working overtime as they pulled 247 survivors from collapsed building and ruins. The 17-storey Wei Kuan apartment complex, said to be home of at least 256 people was badly damaged. 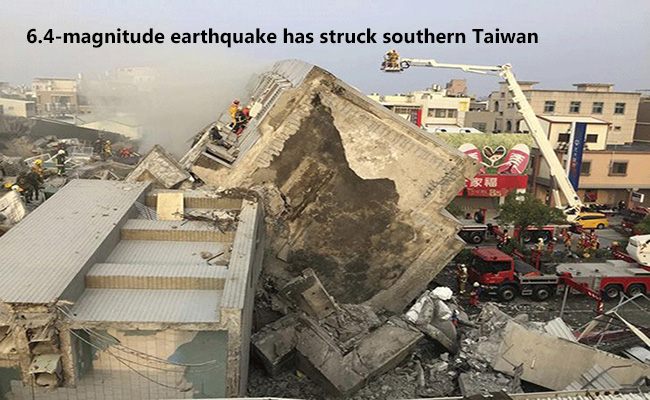 Interior Minister Chen We-jen fears the number might be greater since the Chinese New Year is upcoming, thus more family members usually gather. An investigation would be done to verify if the building had comply with safety standards.

Most people were still sleeping when the 6.4-magnitude earthquake started about 4 am, lasting for about 40 seconds according to witnesses’ accounts. It hit some 22 miles (35 kilometers) southeast of Yujing, and struck about 6 miles (10 kilometers) underground, according to the U.S. Geological Survey.

Taiwan, lying under the Pacific Ring of Fire, is not new to tremors although it often cause little or no damage at all. However, in 1999, a magnitude 7.6 earthquake in Central Taiwan killed more than 2,300 people.

FOR more updates in Taiwan Earthquake you can check Here.