We often get confused about things that we thought were the same. Actually, there are couple of things that we mistaken for the other thing, because those things mostly look the same as if they were twins. You’ll be surprised on what is number 2.

These are the top 4 things that we commonly think are the same:

Though both came from the vegetable family and their appearance are almost the same, they have a big difference from one another; like taste and nutritional qualities.

Yams are native to Africa and Asia, with the majority of the crop coming from Africa. Yams have a cylindrical shape with blackish or brown, bark-like skin and white, purple or reddish flesh. Compared to sweet potatoes, yams are starchier and drier.

There are many varieties of sweet potatoes, which come from the morning glory family. Skin color can range from white and yellow to red, purple and brown, while the flesh can be white, yellow, orange or even orange-red.

So, ever went out for a grocery and grabbed the wrong one? 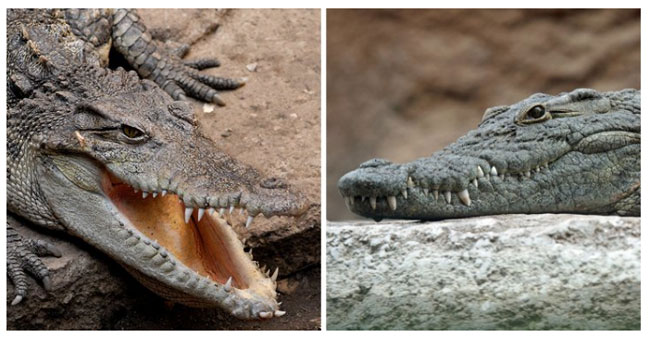 Can you spot which of the picture is the crocodile and which one is the alligator?

Though, they are both fierce and have a long tail, bumpy backs, sharp teeth, short legs, intelligent, coldblooded, love to swim, and have webbed feet. Both mostly live in tropical or semitropical regions.

While alligators are often confused with crocodiles, they belong to two quite separate taxonomic families. You can distinguish them by their heads. Alligators have wider and shorterheads, and a more U-shaped than V-shaped snout.

Crocodiles’ upper and lower jaws are the same width and teeth in the lower jaw fall along the edge or outside the upper jaw when the mouth is closed.

Now, you know which is which. 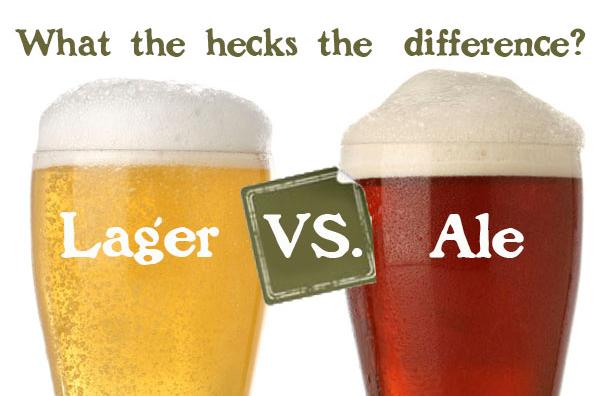 Seasoned beer drinkers can often tell the difference between ales and lagers. Ales are usually described as “robust, hearty and fruity”. Lagers are characteristically “smooth, elegant, crisp, fruity, and clean”.

Still, it’s really difficult to tell which is Ale and which is Lager.

And number 1 is the all time favorite

Though both Jam and Jelly are forms of fruit products widely eaten as a food accompaniment, and quite similar in appearance. They differ in the ingredients, fruit’s physical form and also the way they’re made.

Jelly refers to a type of clear fruit spread consisting of firmed fruit (or vegetable) juice made with pectin.

Jam refers to a product made with whole fruit, cut into pieces or crushed. While jams contain fruit pulp, jellies have the juice form of fruit. 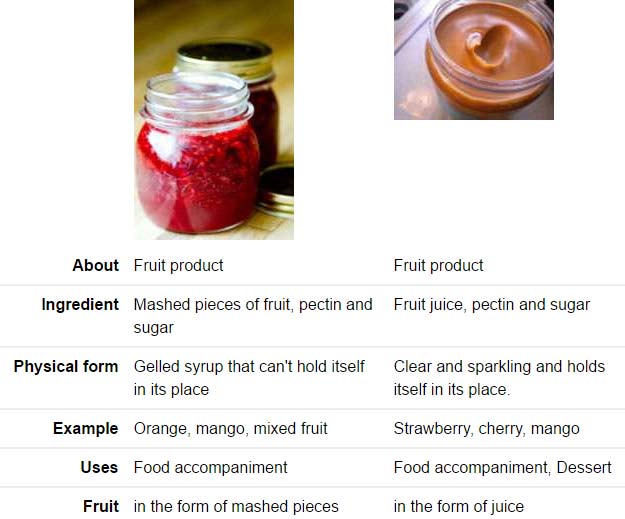 Ever opened the fridge in the middle of the night, and whipped the wrong one?